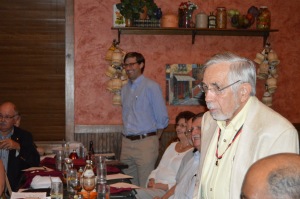 The 2015 Awards Banquet was held September 18 at Venditori’s.

Awards Chair Bryan Chin and his red bow tie were unable to attend, but we persevered and had a great time.